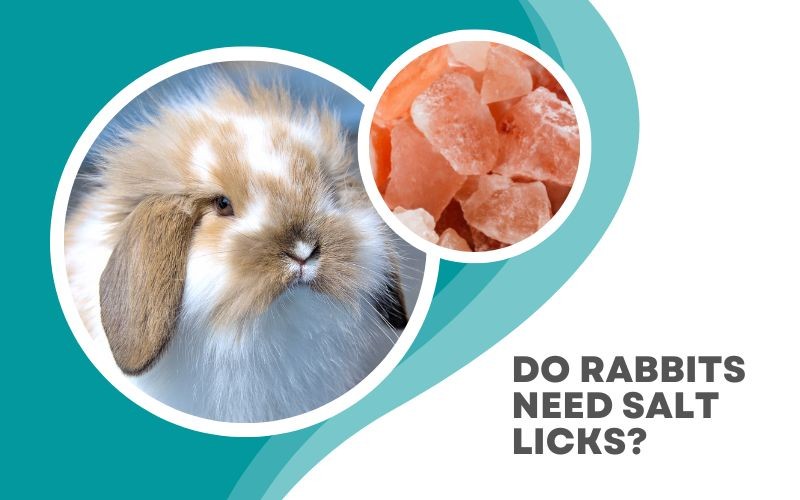 Are your rabbits getting enough salt? How much salt does a rabbit even need? Do rabbits need salt licks to get enough sodium?

Salt licks are recommended for animals that only eat hay, which is extremely low in sodium (aka salt). Sodium helps a rabbit’s body stay hydrated. But the truth is that your rabbit doesn’t need a salt lick.

In this article, you’ll learn more about salt licks and why rabbits don’t need them.

What Are Salt Licks Used for?

Traditionally, farmers use salt licks to give livestock like horses and cattle the sodium they need for proper hydration and electrolyte balance. It helps to encourage animals to drink more water and retain it better.

Salt licks are also given to smaller pets like rabbits and guinea pigs for the same purpose. However, salt is not as vital to a rabbit’s health as it is to horses and cows.

Years ago, before formulated rabbit pellets, rabbits might have been given a salt lick because they’re only needed when low-sodium food like hay is their only food source. But these days, they’re more often used as something tasty to occupy their time.

The Differences Between Salt and Mineral Licks

If you’re new to the whole salt and mineral lick thing, it can be easy to confuse the two, but they are not the same.

The main difference between salt and mineral licks is that salt licks are made from pure salt, while mineral licks include additives like cobalt or trace minerals (a mix of minerals like iron, copper, zinc, etc.)

The other difference is colour. A salt lick is usually white, while mineral blocks range in colour from blue to red.

No, rabbits don’t need a salt lick. Your rabbit should be getting the right amount of salt from a healthy, balanced diet of pellets, hay, and veggies.

Personally, I’ve never had to give any of my rabbits salt licks or mineral licks in over a decade of having rabbits. And, I’ve had some pretty picky eaters in my day. But that’s nothing that a brand switch can’t fix.

Is It Safe to Give My Rabbits Salt Licks?

Salt licks are unnecessary for rabbits and carry some risks.

A bored rabbit can start chewing on the salt lick, which can lead to severe dehydration if it doesn’t regulate its sodium levels by drinking more water.

Salt licks can also promote the formation of bladder stones if a rabbit consumes too much salt. So there’s really no benefit in offering a salt lick to your bunny.

If your rabbit does become dehydrated from too much salt, I highly recommend having an electrolyte replacer or hydration packs on hand.

How Much Salt Do Rabbits Need?

Truthfully, there hasn’t been much research done on how much salt a rabbit needs on a daily basis. The only available research we could find on the topic is from 1977 (Nutrient Requirements of Rabbits) and it suggested that a rabbit’s diet should consist of only 0.5% salt (0.2% sodium) which can be easily consumed with a balanced diet.

If you look at the nutritional facts on a bag of rabbit pellets, it should tell you how much sodium there is per serving, just like on the foods we eat.

How Do Rabbits Get Their Salt Intake?

Wild rabbits typically get their salt and minerals from many different sources, including dirt, rocks, and tree bark. You may even see one by the side of the road or sidewalk in the winter time, licking the salt from the roads. Pet rabbits don’t have as many options, but they still get what they need in most cases.

If you think about it, there’s salt in just about everything. Everything has different levels, of course, but even water has sodium. But, most of your rabbit’s needed salt intake comes from their pellets, depending on the brand. Rabbit pellets are specially made to contain all the necessary vitamins, nutrients, and sodium that your rabbit needs.

What Is a Healthy Diet For a Rabbit?

A healthy diet for your rabbit consists of more than just pellets. Your rabbit’s diet should mostly consist of hay and some pellets. Plus, you should be adding in a lot of leafy greens, like lettuce, spinach, and parsley, as well as a variety of fresh vegetables and fruits for added vitamins (and delicious enrichment).

Conclusion: Should You Get Your Rabbits Salt Licks?

Salt licks are not necessary for rabbits. If you give your rabbits a balanced diet, then they can live without salt licks. Really, the only animals that need salt licks are the ones that are only eating hay, like horses, cows, sheep, etc. The animals that aren’t getting fed pellets or supplements.

Yes, they’re commonly sold in pet stores and sometimes recommended. But again, you really won’t have to worry about it if your rabbit’s eating high-quality pellets. Most brands are made with the right amount of sodium and other nutrients, so you don’t have to use any supplements.

Most of the time, giving your rabbit a salt lick is only a way for him to combat boredom, which enrichment can do anyway. And that comes with the risk of dehydration and bladder stones. That’s why I’ve never bothered with them.

Emily has been keeping rabbits as pets for over 16 years, which has granted her with a wealth of knowledge. She also has strong background working in animal care with small animals like rabbits and guinea pigs. 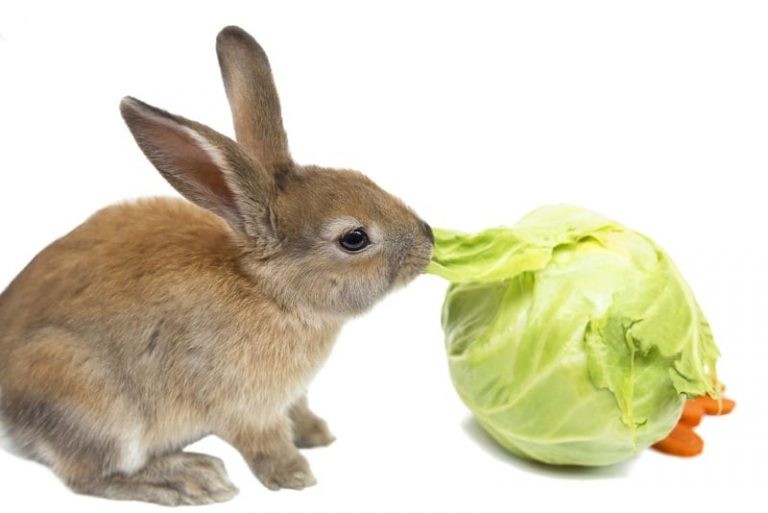 If you’re the proud parent of a rabbit, then you already know they make fantastic pets that are wholly and solely devoted to their keepers. With a fluffy little tail, large, limpid eyes, delightfully long ears, and a twitchy nose that’s just too cute for words, these hippity-hoppity animals are also surprisingly easy to care… 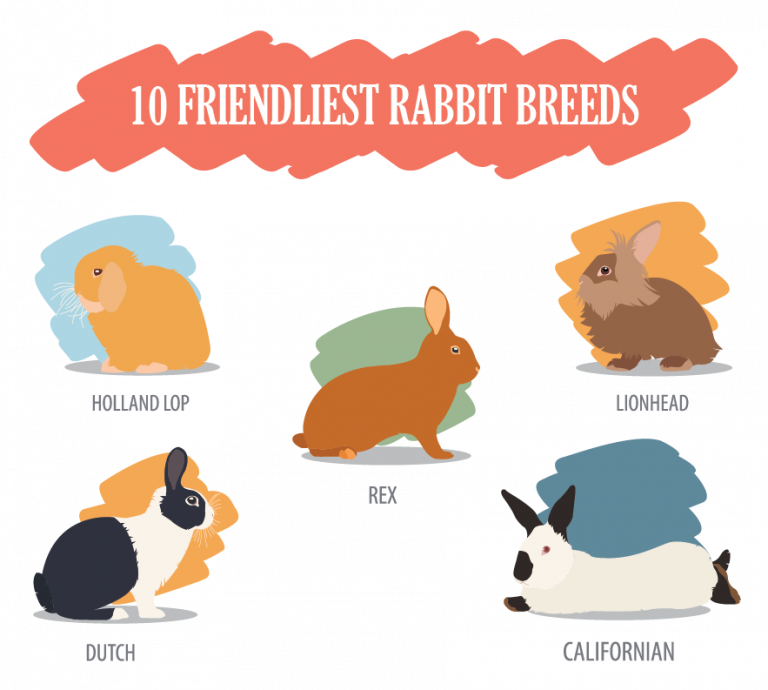 Written by: Tarah Schwartz Rabbits are affectionate pets that adore attention from their favorite humans, but some breeds are more friendly than others. Through my extensive experience with rabbits over the last 15 years or so, I’ve met some of the friendliest breeds of rabbits in the world. For over a decade, I bred and… 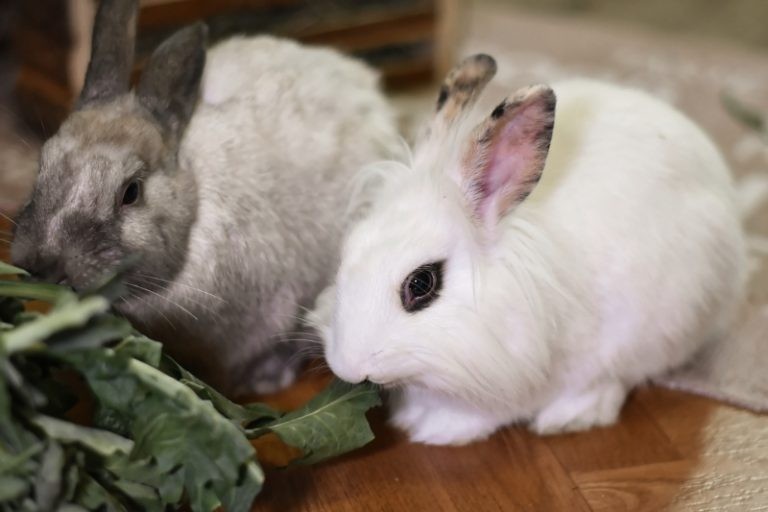 In large mixed gender groups, male/male, female/female, and male/female pairings, bunnies can live contentedly for their entire lifespan. The most natural couple to introduce and bond is the male/female pairing, and thus, is also the easiest one to encourage. Commonly, rabbits pair off in male/female couples in the wild, often remaining partners for the duration… 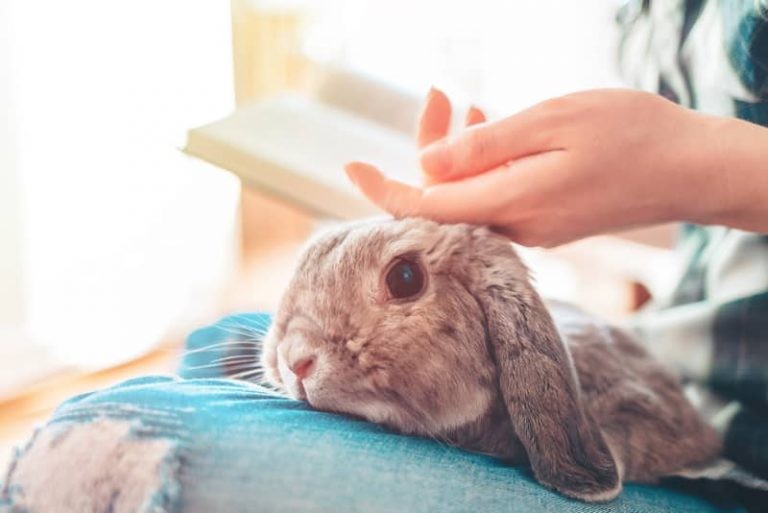 Rabbits are great pets to have when you’re able to take on the responsibility that comes with them. But don’t be fooled by Easter-time hype and cute pictures. They’re not good starter pets at any age, but rabbits especially don’t mix well with small children.  Despite their cute and fluffy appearance, rabbits are not really… 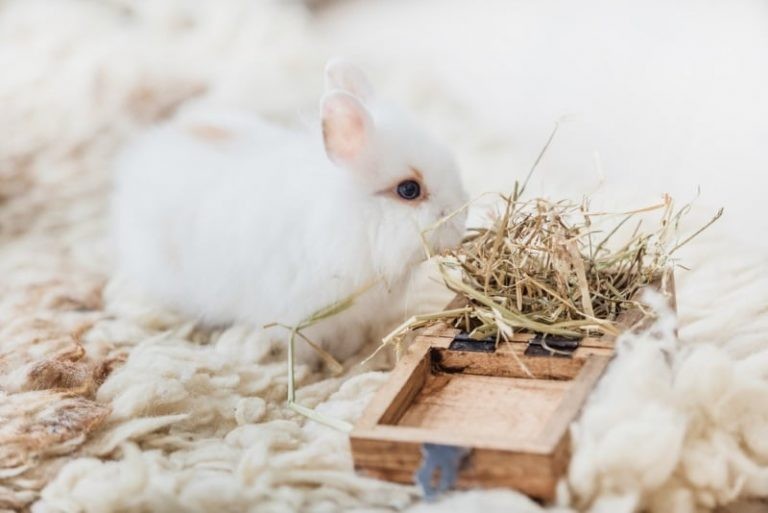 Believe it or not, toys do a whole lot more than simply provide entertainment for your rabbits. You see, when you supply your bunny with an assortment of interesting, species and age-appropriate toys to play with, you’re not only engaging their interest, but you’re also ensuring your smart little cottontail is mentally stimulated, encouraged to… 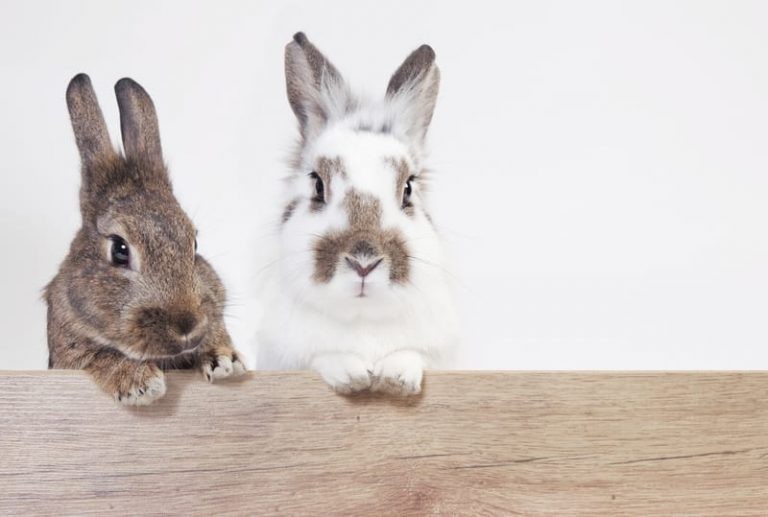 Step aside canines and felines, it’s time to focus on our cottontail companions and find them the perfect pet names! When it comes to rabbits, there aren’t many creatures out there that can compete with their sheer, unabashed adorableness. If it’s not the floppy long ears, it’s the sharp, keen sparkle in their eyes or…