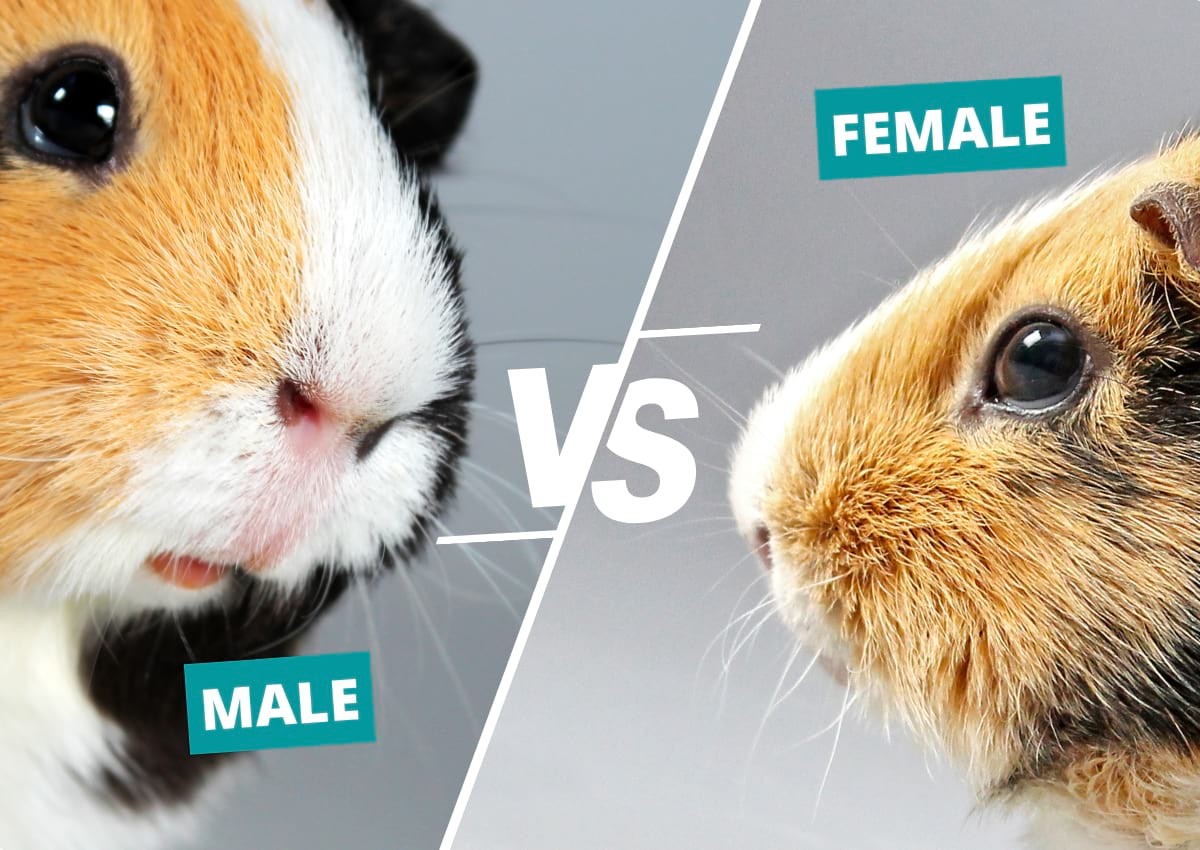 Thinking of adopting guinea pigs? You might be wondering what the differences are between males and females, and which gender you should bring home!

The most substantial differences between male and female guinea pigs are that males can’t live together in groups of three or more, while females can live in large herds, and males require regular boar cleanings to keep their genitals clean.

Keep reading to learn more about male and female guinea pigs, their differences, and which is right for you!

Females Can Live in Herds

Personally, I think this is the difference between male and female guinea pigs that matters most. When deciding which gender to adopt, ask yourself: how many guinea pigs would I like to have? Am I okay with them living in separate cages?

If you only want to adopt two guinea pigs, then males are perfect! It’s very difficult to keep males in herds, and not recommended unless you’re willing to separate and bond them all into new pairs if the bond fails. Since most people don’t have the resources to do so, it’s best to avoid trios or herds!

Female piggies, on the other hand, do great in herds. This is because in the wild, guinea pigs tend to live in herds consisting of a bunch of females and one male. Males do not live together.

This means that you can also add one male to your herd–but never more than one, as they’ll fight over the girls. One male and one female piggy can also live together.

In order to do this, you’ll need to have the male guinea pig neutered. Otherwise, you’ll end up with an endless supply of babies!

Another deciding factor for some people is that males require boar cleanings. This involves cleaning around the genitals and inside the sac. Most people use q-tips for this.

Though the process can be smelly, don’t let boar cleanings alone put you off of adopting male guinea pigs! It only takes a few minutes and doesn’t need to be done very frequently.

Every guinea pig needs a health check at home at least once a month where you record their weight, check their eyes and ears for debris, listen to their breathing to ensure they don’t sound congested or crackly, and check that their fur is growing healthily.

Males should also be checked to see if they need a boar cleaning at this time, and females should be checked for crusty nipples–one of the symptoms of ovarian cysts.

Other symptoms to watch for include remaining in heat longer than usual, hair loss, and infertility.

If your guinea pig shows symptoms of ovarian cysts, it’s important to bring her to the veterinarian, as they can be deadly if left untreated.

Some people believe that male guinea pigs are friendlier toward humans than females. However, this is anecdotal–we don’t have formal studies on it!

Personally, I wouldn’t recommend adopting males just because you want friendlier piggies, since there’s no guarantee of this. It really comes down to personality.

The best way to get a friendly guinea pig is to visit a rescue and ask to meet the guinea pigs there. You can also ask the staff which piggies they think will suit you best!

It’s also important to learn how to interact with guinea pigs, as this will help you to make friends with them. Most guinea pigs find humans scary because we’re a predator species, much larger than they are, and can make very quick, startling movements.

The best way to introduce yourself to new guinea pigs is to move slowly, talk in a quiet voice, and approach them from the side or front–rather than from above.

Offering food is also a good way to make them associate you with positivity–after all, there’s nothing a guinea pig loves more than a snack!

Females Tend to Get Along Better

Female guinea pigs tend to get along better with other guinea pigs. This makes it easier to bond them!

Neutered males and females also get on very well with one another and these pairs tend to bond easily. It’s male-male pairings that don’t do as well, due to males being territorial around each other.

Lastly, male guinea pigs tend to be bigger than females. This isn’t a hard rule–some boys are tiny, and some girls are big and chonky!

There also aren’t downsides to your guinea pigs being a little bigger or smaller, at least in my opinion!

What About Pregnant Females?

The main differences in pregnant piggies are their dietary and veterinary needs.

Pregnant guinea pigs also need extra trips to the veterinarian. It’s important to keep up with these visits to ensure your piggy has a healthy pregnancy, and to take the babies and mom to the vet after birth as well.

A vet appointment is especially vital if your pregnant piggy is over six months old and having her first pregnancy, as a first pregnancy at this age is often fatal. Older guinea pigs may need to have a c-section in order to survive the birth of their pups.

Now that we’ve discussed all of their differences, you might still wonder: which is better?

Male and female guinea pigs are very similar to one another, and neither is actually better as a pet. Some people prefer males, some prefer females, and some just adopt the piggy that calls to them most.

A better question to ask is, which is best for you? To answer this, I suggest thinking about how many guinea pigs you want, how many cages you’re willing to have, and whether boar cleanings are a deal-breaker for you.

As we discussed above, those in search of a guinea pig herd will want to limit themselves to one neutered male guinea pig. Otherwise, you’ll need more than one enclosure to house them all.

Boar cleanings aren’t a huge deal to most people, but if they’re a deal-breaker for you, be sure to adopt females!

Lastly, keep in mind that guinea pigs can be sexed incorrectly–especially if you adopt from a pet store, backyard breeder, or previous owner. Guinea pig rescues are not likely to make this mistake.

This is one reason it’s so important to bring new pets to the veterinarian. Your vet can confirm your piggies’ genders so that you avoid unwanted pregnancy and other issues.

How to Sex a Guinea Pig

Gentle pressure near the dot of the “i,” or just above the genitals, will cause a male guinea pig’s penis to stick out, affirming that they’re indeed a boy!

Sexing baby guinea pigs is more difficult and can be very inaccurate. It’s best to wait until around 3 weeks of age before sexing your piggies, so that you can be sure it’s done right.

If you’re uncertain about sexing your guinea pigs, please ask a professional. This could be someone else who’s very experienced, such as someone who’s worked in guinea pig rescue, or an exotic pet veterinarian.

The very best guinea pig combination is almost always going to be a neutered boar and several sows. This is how guinea pigs live in the wild, so it’s what’s most natural for them.

If you want to stick to the same sex and not worry about neutering, females get along best with one another. Bonding them together is easier and their bonds are less likely to break once established.

Male guinea pigs are trickier to bond with one another, since it’s not really natural for them (but definitely necessary so that they don’t live alone!). In the wild, males would live in separate territories with their own herd of females.

That said, males can have very successful bonds! You’ll likely see more dominance behavior, such as mounting and teeth chattering, from boys. This is okay so long as they aren’t drawing blood or intimidating each other to the point where one doesn’t have access to things like food or water. With male guinea pigs, you’ll need to set up the cage so that each piggy has at least one hide and one food bowl to prevent fights.

Overall, neither male nor female guinea pigs are better than the other. They’re very similar, but there are some key differences that might make the decision easier for you.

If you still don’t know whether to adopt a male or female, I recommend visiting a shelter or rescue and seeing which piggies speak to you. Once you see them, you’ll know that they’re meant to be part of your family! 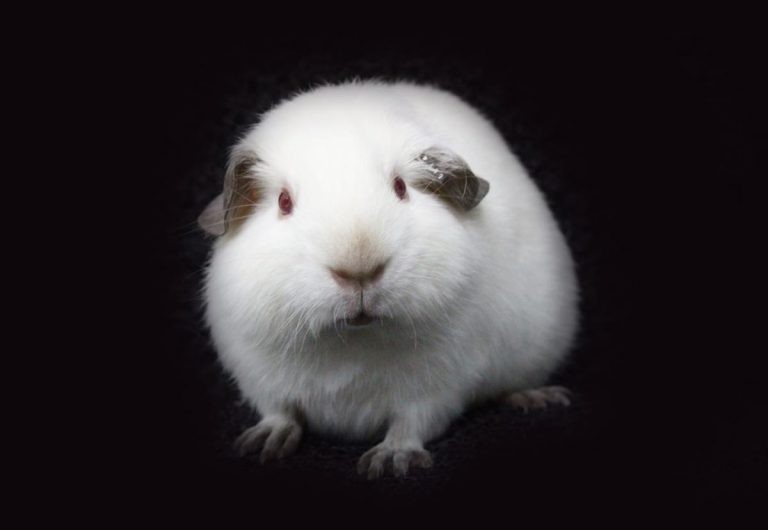 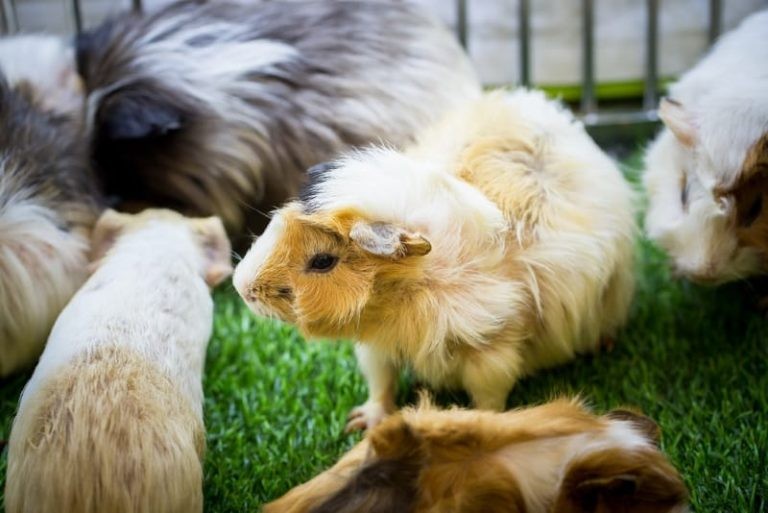 Not quite sure how to entertain your guinea pigs? No clue what games to play with your precious pets? Well, then, it’s a good thing you’ve found this post on games to play with guinea pigs and other entertainment ideas they’ll enjoy. Yes, indeed, your fuzzy friends will certainly have tons of fun playing the… 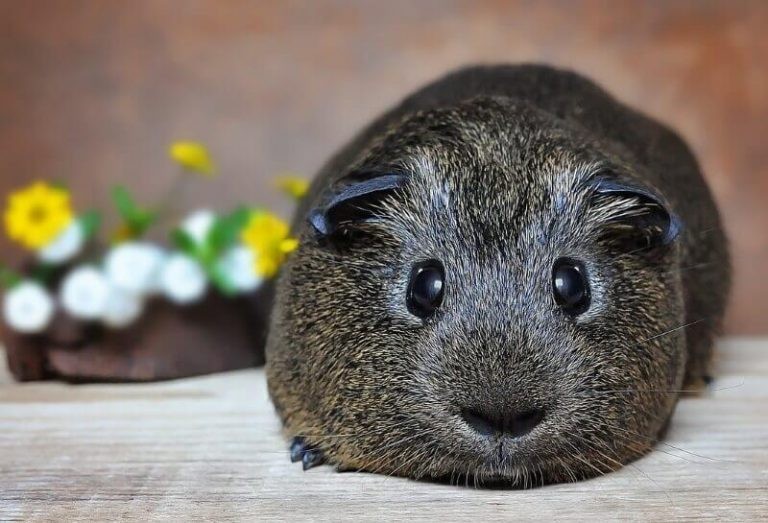 Guinea pigs are sweet, adorable little balls of fluff that provide us with a ton of unconditional love – and an absurd amount of poop. It’s no surprise since they seem to be in either a constant state of nibbling or a perpetual state of gnawing. Like all guinea pig parents, you’ve undoubtedly come to… 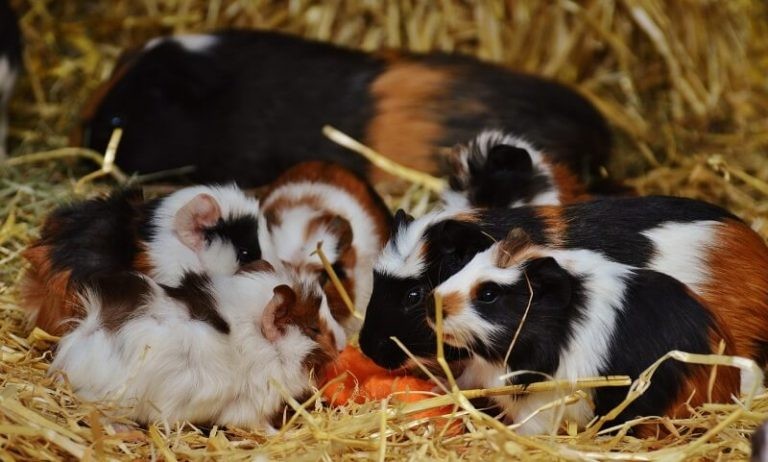 Guinea pigs are social creatures who thrive on close relationships and frequent interaction. In the wild, these little animals live in herds, where a group of “Cavies” is called a “Muddle.” Similar to their wild counterparts, domestic guineas prefer the companionship of a fellow fluffy friend. Adopting a second guinea can have a positive effect… 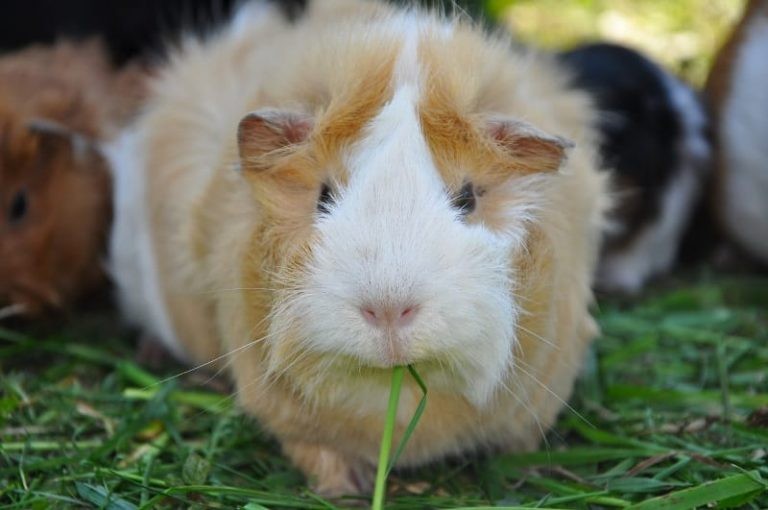 As a proud piggie parent, it is both your duty and privilege to oversee your guinea’s nutrition and keep them healthy, happy, and well-fed. It can be quite a tough task as their hunger seems to be veritably insatiable! If you’ve had cavies for a while, you’ve undoubtedly noticed from the start that your little… 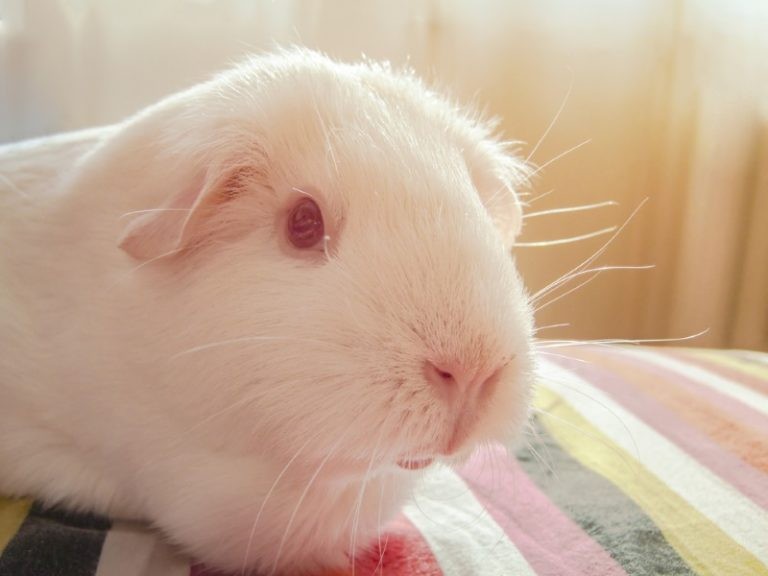 Although we humans love basking in the warmth of the hot summer sun, it’s certainly not the case with guinea pigs. While my dynamic cavy duo, Lilly and Muffy, often enjoyed a few hours of nibbling fresh, sweet summer grass in our yard, I would always keep a close watch on them to make sure…