Where to Get Pet Rats? Best Sources to Adopt Your New Pets From 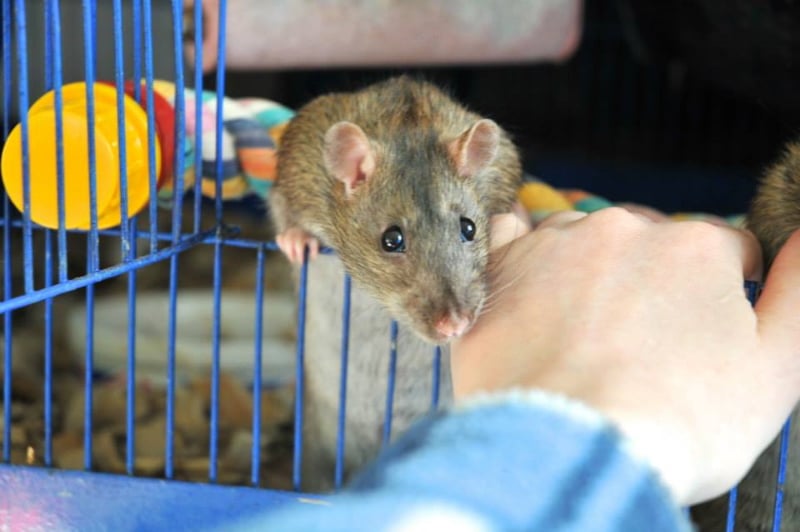 Once you’ve decided that pet rats are the right choice for you, and researched and prepared their cage, food and toys, there is one last step on the road to becoming a rat owner – adopting the rats themselves.

Superficially, it sounds simple. Find somewhere that sells rats, pop out and buy a couple, right? Well, not quite. As with all pets, there are a range of places to obtain pet rats and some are better for the animals and their owners than others.

Of course, when talking about ethics there is always an element of subjectivity – not everyone thinks the same or has the same priorities. Additionally, the availability of options such as dedicated breeders and good rescue centres may vary from country to country.

Much of the research needed before getting rats is about education: knowing what the options are locally, and what adopting rats from those sources means in terms of the practices being supported. The list here is based on my own principles around adopting rats. Use it as food for thought!

Recommended Places to Get Pet Rats

I’m an enormous fan of adopting second-hand pets. Society tends to treat small animals as disposable, so, in many countries, there are lots of rats available for rescue, either through larger multi-species rescue centres, or smaller rat-focused groups.

However, “rescue” means different things to different people. There are a couple of issues to be aware of, so you can make sure you are comfortable offering your support.

In many countries there is nothing to stop anyone who fancies it from calling themselves an animal rescue. Most rescues are absolutely legitimate, but a few may be breeders in disguise; using rats they take in to breed litters for sale, then rehoming the adults as “rescues”. Many reputable breeders do very valuable rescue and rehoming work – but it is good practice not to breed from rescue rats (because their genetics, health and temperament are unknown), and to have transparency about which rats are rescues and which have been bred.

Another issue to look out for is animal hoarding. Hoarders are often very well-meaning people who want to help the animals in their care, but who over-commit to the extent the animals start to suffer. These people are often very resistant to rehoming animals, but may do so in order to free up space when things get overwhelming.

It’s always a good idea to check out who you are taking a rescue from – real rescues will generally be well known in local circles, transparent and happy to talk about what they do. Full rescue organisations are often registered as charities (which demands a degree of financial transparency).

There are more rescue animals in the world than spaces in rescues. Some rescue organisations, including some of the largest and most famous, manage this by euthanizing animals who are unwell, aggressive, or otherwise hard to rehome. There is an extensive debate in rescue circles over the ethics of this, so it is important to understand the practices of the shelter you are interested in to allow you to make an informed decision about whether to adopt. Personally, I am not in favour of euthanasia for anything other than medical necessity, but I have adopted from organisations with a euthanasia policy in the past, partly to get the animals away from that risk. Other people prefer not to do this as they don’t want to support the organization with their adoption fees. It’s a personal decision.

Not all rehoming happens via official rescues; many animals are rehomed directly from one owner to another via word of mouth or small ads. As I live in an area where very few official rescues will take in rats, this is how I adopt most of my horde.

The reasons people rehome their pets are myriad, and don’t necessarily reflect negatively on the owner. People move city or country, or suffer changes in living circumstances where they can no longer care for their pets. Or it may be in the best interest of the animals to be rehomed. One quite common reason in rats is that the rat is the last survivor of a group, and the owner wants them to go and live with new ratty friends.

Animals can also be rehomed for other reasons – most commonly people getting bored. However, while we might not always agree with an owner’s actions, it is still to the benefit of an unwanted animal to be rehomed. Occasionally people also try to sell on their pets for profit, although I’ve generally found that to be pretty unusual with rats.

Should you pay to privately rehome a pet? Interestingly, I’ve come across two strongly held schools of thought. In the UK, many people in serious rat owning circles say no – if an animal is being rehomed, the owner shouldn’t make any money from it. In Australia however, most people I know say yes – a small fee is better because it prevents the animals being taken as feeders for reptiles. Both are logical arguments – personally I judge it on a case by case basis.

Not everyone is comfortable adopting rescue animals, especially if they are new to rat ownership. They may want to adopt baby rats from a breeder who is able to give guidance and support, or they may want to own a specific rat variety.

As with rescues, anyone who wants to mate two rats together can call themselves a breeder, so how do you find one you are comfortable with?

A great place to start, if your country has one, is the local rat fancy. Organizations like the NFRS in the UK keep directories of associated breeders. Membership is not a guarantee that you’ll be happy with a breeder – but these lists are a good place to start research.

However, the best way to work out if you want to get rats from a specific breeder is to talk to them. Don’t launch into a grilling like it is a job interview, but have a conversation about why they love rats, what their aims are in breeding, and what their rats are like.

Not Recommended Places to Get Pet Rats

I personally try not to adopt rats from the following places:

Many people get their first pet rats from a pet shop – that’s what I did back in 2000. Although I’d read books on care before buying the rats, I didn’t know much about the pet trade, or about how to find rats in rescues or via reputable breeders. So, like many other people I popped along to the local pet shop and bought two lovely girls. Then went back a week later and bought their last remaining sister, because I did know that rats shouldn’t be kept alone.

The rats themselves were lovely, but buying rats from petshops has one major problem attached – you don’t know anything about how they have been bred. As an owner you have no information on the health or temperament of the lines, and the breeder can’t breed for those characteristics because they aren’t receiving any information back. It means petshop rats are genetically pot-luck.

Whilst petshops do vary in where they source their animals, many come from rodent mills where females are kept in small plastic breeding tanks, and bred in back to back pregnancies until exhausted. Many countries now ban the sale of puppies and kittens in petshops because of concerns over the welfare of the breeding system. Smaller pets tend to pass under the radar – but often the conditions are no better.

Some people feel that buying a rat from a pet shop is at least “rescuing” that rat. I can understand the point of view – whilst I’ve not done this with petshops, I have occasionally taken a rat from a small scale breeder I wouldn’t normally engage with because, weighing everything up, I felt the welfare of the individual was the priority. However, the issue with this approach is that every rat bought creates a vacancy for a new rat to be bred, and tells the industry that there is demand. Whilst buying might “save” one rat, it puts another in its place.

So, those are my thoughts on adopting rats. Tell us where your furry friends came from below.

Can Rats and Mice Live Together? Can They Live With...

Do Rats Have Bladders? What About Gallbladders?

Do Rats Need a Wheel? What Kind of Wheels Are...

Welcome to Animallama, a place where experienced rat owners share all the tips they learned over the years of caring for their fur friends.