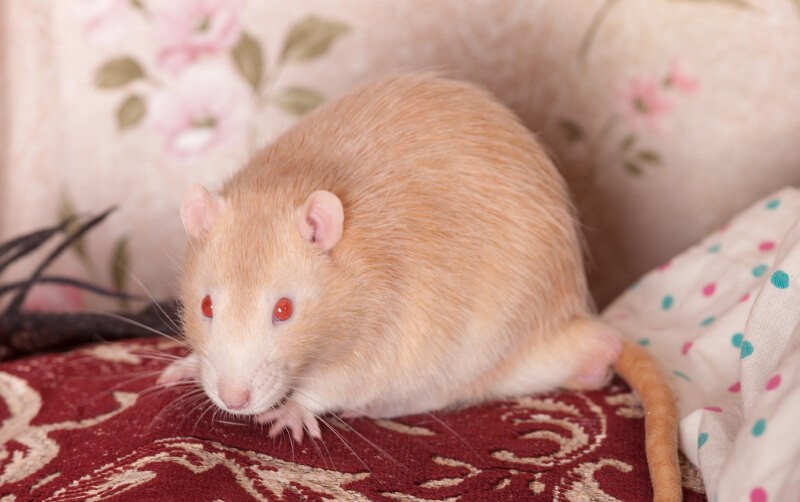 A question some rat owners may have is “Why are my rat’s eyes red?”. Rats naturally have red, pink, ruby or black eyes, and this largely depends on their coat color.

Rats with true red or pink eyes can come in a variety of coat colours, and in some cases these eye colours can come with health problems. Having red eyes is a normal occurrence in rats, and usually doesn’t indicate anything wrong with your furry friend.

However, if red discharge or ‘tears’ come from your rat’s eyes or nose, this means that something isn’t right and can be an indicator of poor health.

The most classic image of a rat (unfortunately, lab rats) is one of snow white fur and bright pink eyes. This particular colouring is called albinism, and is caused by a total lack of pigment in the body.

Albino rats have none of the pigment melanin in their skin, eyes or fur. Their pink-red eyes are caused by light bouncing off the blood vessels in their eyes, giving them a distinctive hue that earns them the name pink eyed white in the rat fancy community.

Albinism happens in every mammal species (including humans), and occurs due to a genetic mutation. While this color contrast is striking, albino rats often can’t see as well as rats with ruby or black eyes, due to fewer rods and photoreceptors in their eyes. Rods and photoreceptors allow animals to see in low light, and due to the decreased amount in albino rats, they have problems with depth perception and visual acuity.

Some albino rat owners (and ruby-eyed rat owners) see their rats ‘swaying’ their heads, this is thought to be the rat trying to increase their depth perception of certain objects, or before jumping across a gap!

Ruby eyes are different from true pink eyes, as ruby eyed rats still have some pigment in their eyes and fur. Red eyed rats often have light coloured fur, while ruby eyed rats have a much darker red eye colour, which is paired with slightly darker coat colors.

Generally, a rat’s eye color will determine its variety. This is because red and pink eyes occur due to mutations in the rat’s genes, called ‘dilutes’, which change the color of a rat’s eyes and fur.

The ruby eye dilute gives rats their ruby-red eyes and warm fur colours, caused by a recessive gene mutation. Due to this mutation affecting the blood as well as pigment however, some rats with ruby eye dilute will suffer from blood clotting disorders.

The pink eye dilute gives rats their pink and bright red eye color. This is different from true albinism as rats with pink eye dilute will still have some pigment in their fur, giving it a light but warm cast as yellow and red pigment is still present.

Rat’s don’t have the reflective surface behind their retina (called the tapetum lucidum) that cats and dogs do, which can give them bright eyes in the dark. However, rat’s eyes do reflect some light, giving their eyes a red glow due to light reflecting off of blood vessels in the eye (much the same as humans – we get red eye when our picture is taken with a camera flash for the same reason).

Why Does My Rat Cry Red Tears?

Another reason you might be wondering why your rat has red eyes is because of porphyrin.

Chromodacryorrhea – red tears – is a condition rats can suffer from when they have an overproduction of these tears from the harderian glands, which are similar to tear ducts, situated in their eyes.

The red secretions dry on the rat’s face and nostrils (as the red porphyrin drains out through a rat’s nose as well) and causes dark red staining and crusts, which can be alarming as it looks similar to blood.

A healthy rat will produce porphyrin at varying levels throughout its life, cleaning it off regularly so it’s never usually noticeable. An excess of porphyrin is caused by illness, stress or poor diet so should always be investigated if you notice it on your rat.

If you notice red crusts or discharge around your rats eyes or nose, it’s wise to check them for cuts or bleeding just in case they’ve hurt themselves. Carefully checking for cuts on the head and around the eyes is important to rule out injury, but if no injuries can be found, it’s likely your rat is suffering from chromodacryorrhea and should be taken to a vet.

Red tears are one of the signs of sickness in rats, and can be caused by high stress levels, or underlying illness such as cancer or respiratory infection.

Porphyrin is also visibly present in rats who are no longer cleaning themselves properly, being another sign that your rat isn’t well.

Older rats who have been assessed by a vet and who are deemed healthy, but who struggle with cleaning this off themselves may benefit from some help from you to clean them up.

Your rat may have red eyes naturally due to color mutations, their eyes may look red due to light reflected back from blood vessels in the eye (especially when taking a picture of them!) or may have red stains and crusts around the eyes because of porphyrin production. The first two are completely normal, and your rat will suffer no ill effects from having red eyes (except those mentioned for some rats who are albino or ruby eyed) however if you notice your rat has red crusts or tears, seek veterinary attention. 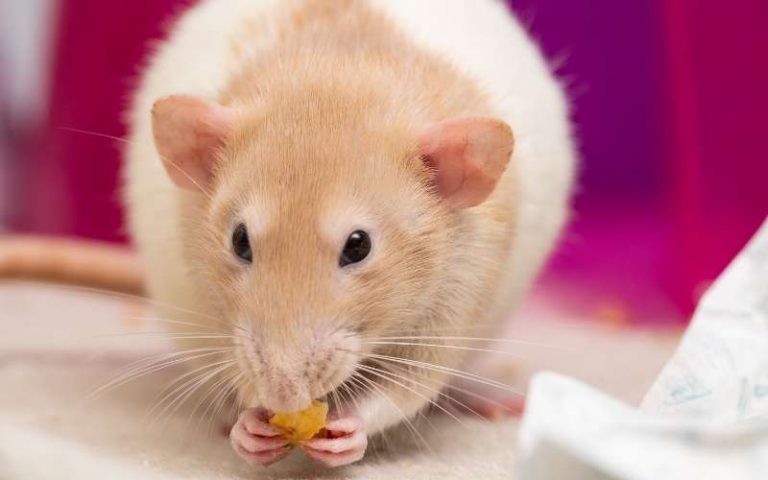 One of the reasons why rats have taken over the world is that they are flexible about what they eat. The good news is that this makes them easy pets to feed, although just like humans, it’s still important that they eat a good healthy diet.  Like many rat owners, I prefer to feed my… 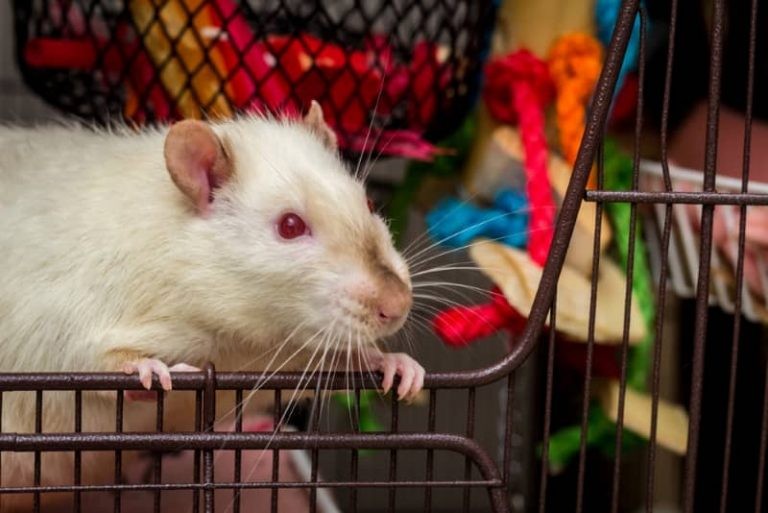 Pet rats come in lots of different varieties, but have you ever wondered why and how? Today’s article aims to demystify the genetics which give our rats different colors. Table of ContentsDominant and recessive genesAgouti (A) vs non-agouti (aa)Diluted colorsPink eye dilute (pp)Ruby-eye dilute (rr)Mink dilute (mm)Blue dilute (dd)Russian blue dilute (rbrb)Chocolate dilute (bb)Albino rats… 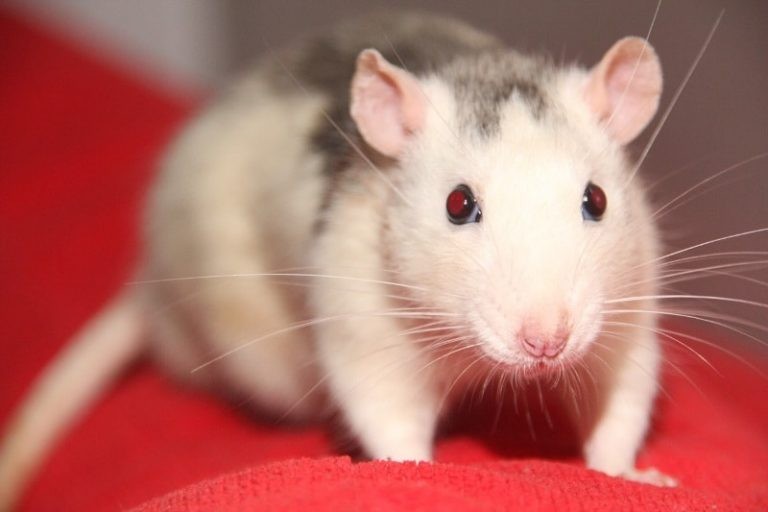 Rats, and people, love to play. Coming up with games you can enjoy together is a great way to bond with your rats, and add interest to the time you spend together. It’s also a great way to keep the big brains behind those little pointy noses healthy, active and engaged. Here are some ideas… 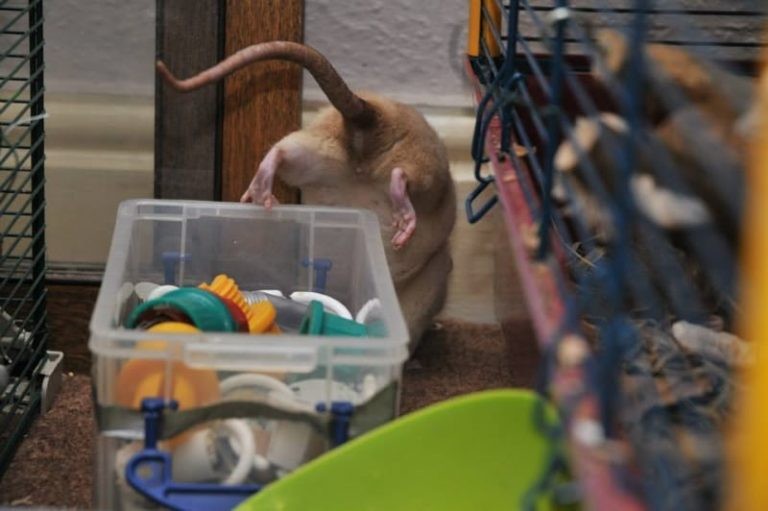 One of the first things prospective rat owners want to know is “do rats smell?”. After all, these are animals that have an (undeserved) reputation for being dirty, vermin, or living in sewers. If you’re asking that question then fear not – I have good news. Not only are rats not particularly smelly animals, there… 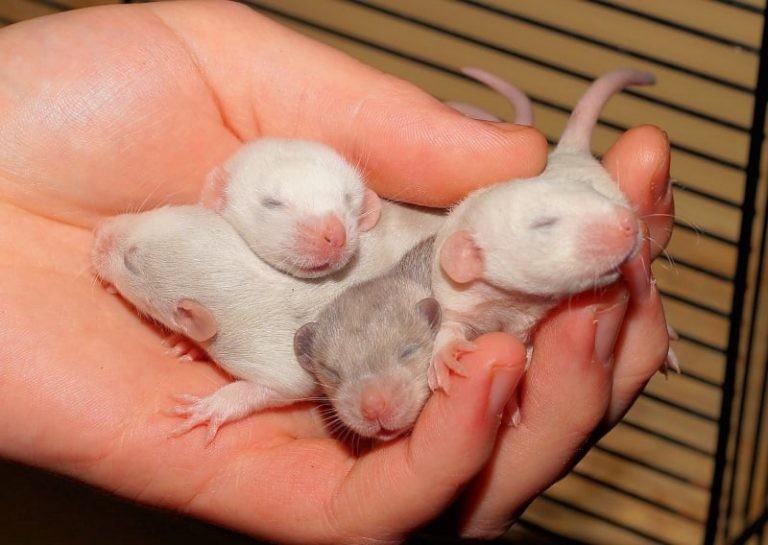 Most baby rats – wild and domestic – will be cared for by their mum, which is the best thing for them. However, sometimes as a rat owner you may find or be asked to care for abandoned babies. What’s the best thing to do if it happens to you? Note: although I’ve never encountered… 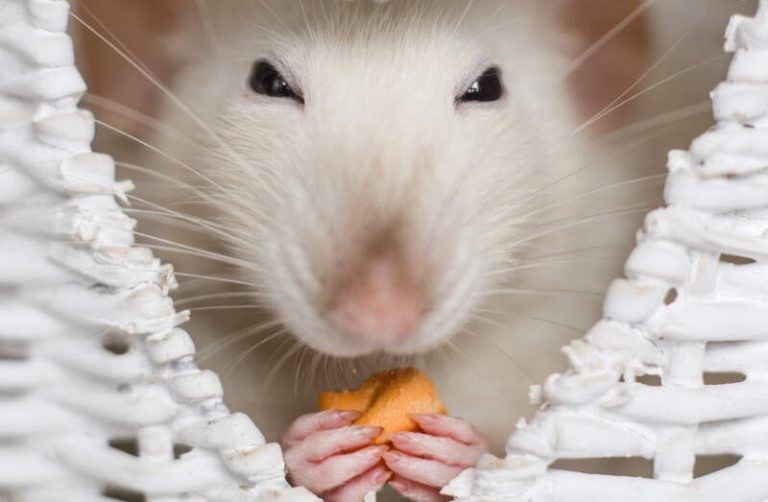 We all love treating our rats, and our rats love the interest and variety a yummy treat brings. However, it’s important treats are healthy for our pets, and a good way to do that is to make them ourselves. I mostly use bits and bobs of human foods as treats – a nut in a…